The European Union announced a new package of sanctions against Russia that could include, for the first time, a veto on Russian oil purchases.

These new sanctions relate to personal, economic and media measures and a proposed veto on Russian oil.

On the latest proposal, European Commission President Ursula von der Leyen said. that the ban on Russian oil will not be an easy decision, since many of its members depend on it.

“We propose a ban on Russian oil. It will be a total ban on imports by sea and pipeline, crude and refined,” he assured.

The EU will ban imports of Russian oil by the end of this year, European Commission President Ursula von der Leyen says, pledging to "maximise pressure on Russia" and "minimise the collateral damage to us and our partners"https://t.co/DU4A92QCWC pic.twitter.com/XLa2Xp45MO

He also explained that the objective is for the veto to be implemented in an orderly manner, in order to “secure alternative supply routes and minimize the impact on markets worldwide“.

Both nations have opposed the Russian embargo because it are totally dependent on Russian oil and are landlocked.

The authority of the European Commission also detailed the other measures included in the new sanctions package:

The recovery package for Ukraine will bring the stability and certainty needed to make the country an attractive destination for foreign direct investment.

And eventually it will pave the way for Ukraine’s future inside the European Union. pic.twitter.com/eQpvnGI9qg

“First, we will list high-ranking military officers and others who committed war crimes in Bucha; second, we will disconnect Sberbank, Russia’s largest bank, and two other major banks from SWIFT,” he said.

As a third action, the European Union will prohibit three major Russian state broadcasters from transmitting over its airwaves. that “aggressively amplify the lies and propaganda of the Putin“.

The highest authority of the European Commission, Ursula von der Leyen, the plan is to be applied progressively and with certain exceptions.

Finally.the European Commission is also proposing to sanction the head of the Russian Orthodox Church, Patriarch Kirill, according to information reported by the French news agency #AFP 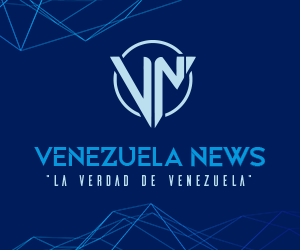